How Big can Canada's Cannabis Stocks Get?

The combined Canadian cannabis industry could have a market cap over $19 billion a few years after recreational marijuana is legalized.  Today's medical cannabis market is just the beginning of a massive market that could be the next big market swing that you could miss out on.  It is all about the recreational market, the medical market has been priced in already and then some.
The market has room to grow.  In Colorado, where pot was legalized almost three years ago, has seen marijuana sales of $122.7 million per month and the market is still growing, but the market is starting to mature.  If the Canadian market matures and has the same rate of sales per capita, then you can expect monthly sales of 36.3 million ÷ 5.5 million x $122,700,000 = $809,820,000 or $9.718 billion annually.  With a 10% profit margin, the industry earnings would be $971.8 million.  A 15x and 20x multiple on those earnings would give a market capitalization of $14.577 and $19.436 billion respectively based on Canada consumption alone.  If the entire United States had legalized recreational marijuana, the annual amount of sales would be over $87 billion and the market capitalization could be $130.5 to $174 billion if they had the same sales rate per capita as Colorado.
There is a massive market for legalized recreational weed in Canada, the only real questions are which companies will take the market share and how it will be taxed.  Outside of B.C. and Alberta, the provincial governments are probably just drooling over the possibility of being able to tax marijuana sales, instead of focusing on how they can get cannabis sales away from the black market and into licensed producers.  Other provinces that have complete control over their alcohol sales may also benefit.  Ironically, having strict control over sales, could help keep the price down on legalized cannabis and the government coffers up.  Point of sale profit margins at the liquor stores wouldn't matter nearly as much, because the province would be collecting a cannabis tax either way.  Hopefully most provinces will use legalization to deter the black market instead of a pure profit machine, because the lower the price, the lower the market share will be for the black market.
Below we have a brief review on what we consider the top four Canadian cannabis stocks are and the only companies, other than maybe Mettrum (MT) that you should consider investing in, if you are planning of holding for the long term.  We ignored metrics such as price to sales, market cap etc., because the numbers kept changing and many of the numbers increased by almost 50% from the time we started and had finished writing this article.

Canopy Growth has over 24,400 registered patients, $8.5 million in revenue last quarter (22% quarter over quarter growth), 1,169 kilograms and kilogram equivalents (19% quarter over quarter growth), harvested 1,711 kilograms and has $45.4 million in cash and cash equivalents at quarter end.
Canopy Growth is the owner of the popular Tweed brand, which has a partnership with Snoop Dogg.  “Leafs By Snoop” can be bought online at tweed.com.  Canopy is the largest cannabis company in Canada when it comes to revenue, registered patients, production space, market cap (over $1 billion now) and it is also the most well known brand.

Aphria is one of the few cannabis producers that is currently earning net income.  Aphria is a low cost producer with an all-in cost of goods sold at $1.80 a gram and a cost to produce at $1.23 a gram.
Arlene Dickinson (the CEO of Venture Communications and a former member of the Dragons Den) is a member of the Board of Directors.  The President & CEO is Vic Neufeld, which is the former CEO of Jamieson Laboratories, Canada’s largest manufacturer and distributor of natural vitamins.  Sales went from $20 million to $250 million in sales throughout his 21-year tenure.
Aphria is planning of expanding their production, they have recently approved a fully funded project that will increase Aphria’s capacity from 100,000 to 300,000 square feet and is expected to increase the Company’s growing capabilities from 5,500 to 18,000 kgs annually.  Aphria anticipates completion of this phase of the project within 12 months, Health Canada approvals within 4 months of completing the expansion and reaching full crop rotation within 4 months after Health Canada approval. Aphria is expected to complete by December 2016 a 57,000 square foot Part II expansion, which is expected to increase production capacity from 2,600 to 5,500 kgs annually.  The first full crop rotation is expected by June 2017.  Aphria has accumulated local real estate properties (48 acres) that will be enough to exceed 1,000,000 square feet of greenhouse production area, when market conditions support further expansion.  At the end of the last quarter Aphria had $53,452,414 in cash or cash equivalents on their balance sheet and quarterly revenue of $4,375,512.

Aurora has a 55,200 square foot facility in Alberta that has the production capacity of 7,000 kgs a year.  There are plans to expand and build a state-of-the-art 650,000 square foot greenhouse expansion facility that has the capacity to produce 70,000 kgs of cannabis a year.  The first of the two phases of the expansion plan, amounting to an initial 250,000 square feet and 20,000 kilograms of additional production capacity, is fully capitalized.
Production and sales have just recently taken off, so the sales numbers haven't been all that great so far, but they have been selling a $1,000,000+ of product per month for the past four months and have been adding many new patients as well, so the next quarter should show remarkable growth.  They are also the only cannabis company that we are aware of that has same day delivery for the province of Alberta.

OriganiGram is expected to finished with their expansion by December 2016, after which they will have production capacity of 3500 kgs a year.  The Board of Directors has approved the another build out of approximately 70,000 square feet, that will bring the capacity to 16,000 kgs of cannabis annually for OriganiGram.
Some of the important numbers from the last reported quarter include; cash cost per gram of produced product was $1.29 per gram, sales growth increased 27% compared to the previous quarter, EBITDA increased 88% to $695,721 from $370,319 prior quarter and $10,389,301 in current assets.

1 1,000 square feet
2 Kilograms of capacity, not what Health Canada says the company is licensed to grow. 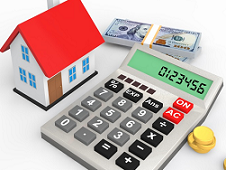 Canadian Mortgage Rate Comparison
A list of the best 1, 2, 3, 4 and 5+ year fixed and variable mortgage rates in Canada from banks, lenders and brokers

At the time of the article we didn't own any cannabis stocks, but that may no longer be true.  We could be invested in any of the above four companies by now.