What Income Tax Splitting is Really About

The new federal government has axed the income splitting benefit from couples with kids.  Although it really wasn't a benefit, but just a means to reduce some of the unfairness of the tax code against families with an unequal annual income.  Fairly smart move to do it on the first year, because I think a lot of families would have been pissed to see this benefit go away after seeing the difference on how much tax they used to pay.
The federal tax payable can vary greatly depending no the marginal tax brackets that the top earning spouse has.  Listed below we have three families that have dual income earners with the same $81,382 household income.  The federal income tax paid for the year will be $8,765, $9,260 or $10,119 depending on the household, even though all three families earn the same amount.
The numbers would have been even worse, but thankfully the new federal government has reduced the second tax bracket from 22% to 20.5%.  If it wasn't for that the numbers would be even more out of whack.

Family 1 is a receptionist and a construction labourer.  Family 2 consists of a receptionist and a carpenter.  Family 3 is a part time service employee and a mechanical engineer.  All three families make the same gross income.
Family one has both of the income earners in the same tax bracket.  This helps a lot, the taxes paid are $3,694 + $5,701 = $8,765.  There is no income splitting benefit, because they both have the same marginal tax rate on their last dollar earned.
Family two has income earners that are close to the same tax bracket.  This still helps a lot, the taxes paid are $2,344 + $6,916 = $9,260.  There is a small income splitting benefit, because they split $9000 at a marginal tax rate difference of 5.5% which would save them $495.  There total tax due after income splitting would be $9,260 - $495 = $8,765.
Family three has income earners in completely different tax brackets.  This hurts a lot, the taxes paid are $0 + $10,120 = $10,120.  These types of households need income splitting the most, because they can move $24,626 of income to the lower earner which will drop the marginal tax rate by a difference of 5.5% for a benefit of $1354.  With income splitting the annual income tax due would be $10,120 - $1354 = $8766.  Without the income splitting, family 4, which makes an additional $9,182 per year will only pay $22 more in tax then family 3.
Below we have a chart with seven different households that have children.  The wages earned by each spouse, the income splitting tax benefit the family would have received, the tax paid after the benefit has been applied and the tax paid without income splitting are listed.  Families 1, 2 and 3 have the same household gross income as well does families 4, 5 and 6.

Income splitting among spouses with children wasn't a rich vs poor argument.  It was an argument on whether or not you think a couple with kids are considered a team or merely two adults living at the same address.  Kudos to the Liberal Party, I would never have the balls to tell my wife that she is merely just another adult living at the same address as me, and we don't even have kids. 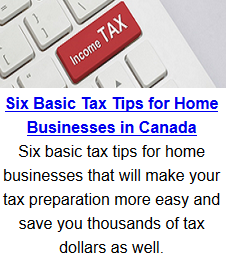 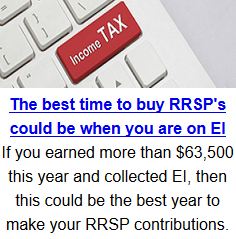